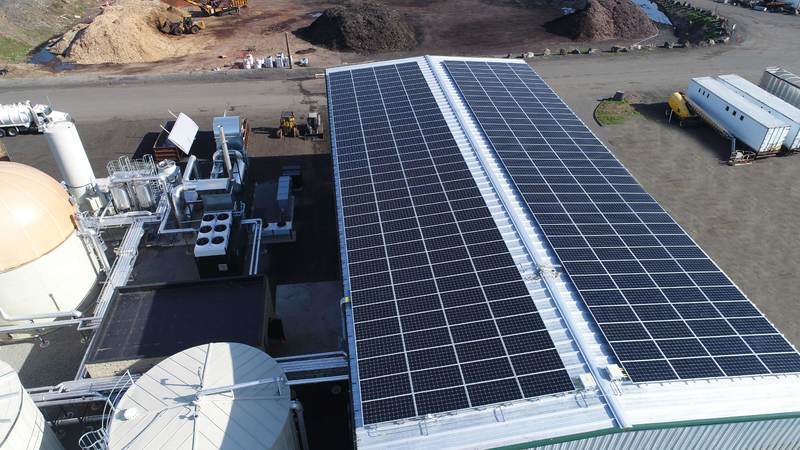 The solar panel installation represents two of the three parts necessary to create a microgrid.

The Southington solar installation will produce 101,020 kilowatt-hours of energy each year and is expected to eliminate 75.2 metric tons of carbon dioxide (CO2) emissions, the equivalent of burning 82,255 pounds of coal. It consists of 280 solar modules spanning 6,250 square feet on the digester’s rooftop.

This installation is an important step forward in renewable energy generation because it brings together two different forms, solar and biopower, on a single site, Quantum Biopower says. “In the renewable energy world, this represents two of the three parts necessary to create a microgrid,” Brian Paganini, vice president and managing director, Quantum Biopower, says.

A microgrid is an energy system consisting of multiple energy sources and capable of operating in parallel with, or independently from, the main power grid. “The combination of diverse renewables at Quantum, when used in conjunction with battery storage, helps produce and store power for use in the event of outage emergencies in our community,” Paganini says.

“CSW is excited about working with Quantum BioPower to help achieve its sustainability and business goals,” Allen Sabins, managing partner at CSW, says. “We’re working hard to enable local businesses, like Quantum, to customize their solar solutions and bring them to fruition.”